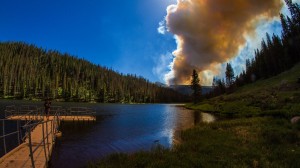 Colorado is currently experiencing some of the largest wildfires in the state’s history, with some of them having grown to over 80,000 acres in size.  During the week of June 3rd, lightning strikes started the Windy Pass Fire and the West Fork Fire.  One week after that, another lightning strike started the Papoose fire, leading to all three fires being grouped together with the title The West Fork Complex Wildfire.

I arrived in Colorado on June 8th and stayed a little ways northeast of Pagosa Springs, which happened to be right in the middle of the three fires.  At any time, there were at least two fires burning within five miles of where I was staying.  I hadn’t done any research before I arrived, so the presence of fires at all was very unexpected.  I’ve seen videos and photos of wildfires before, but experiencing them in person is completely different.  I have never seen such a powerful event up close like this before, it was truly humbling.

Over the course of the week I shot 21 Timelapses of the raging fire against the backdrop of the beauty of Colorado, and I used all of them to make this video.  Even in the video clips where the fire isn’t visible, there was smoke in the air.  Oftentimes I would be driving and have to stop the car and shoot a Timelapse right there, because it was such a spectacular view.  Many of these shots were also due to perfect timing and wouldn’t have been possible the next day.  For example, we visited Lake Alberta to fish, and as soon as I started the Timelapse the smoke from the fire leapt up and blocked out the sun in one of the most surreal and jaw dropping experiences I have ever had in my life.  Everything was tinted an unreal orange tint, far more eerie than any clouds I had ever seen.  The next day, all the forest around Lake Alberta burned.  I was one of the last people to see it untouched, and now you get to as well.

I decided to call this Timelapse film “Pagosa” – after the town of Pagosa Springs where I stayed.  I plan on visiting again next year, and hope to take even more amazing Timelapses of the beauty and power of Colorado.

Visiting Colorado was an amazing experience, and I am incredibly happy that I brought my camera this time, unlike last year.  Everything you see was shot with a Canon 7D with a Pro Optic 8mm Fish Eye, Sigma 17-55mm, and a Canon 24mm.  This was also my first raw Timelapse, and I plan on shooting all my Timelapses in raw from now on.  Of course, the only drawback of this is that I used up over 500 Gigabytes of space for this Timelapse video alone.  I plan on making a tutorial for how to make a Timelapse in RAW soon.

Let me know what your favorite clips are from this video, and if you have any questions about any specific shots.

Music by Salomon Lighthelm at The Music Bed. 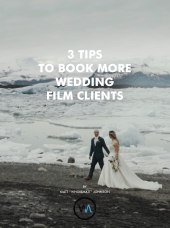